​Arts Dream Selsey
Taking Charlie to London
​Check out all the fantastic photographs on our Face book page. Arts Dream


It was an exciting moment when London based Martin Humphries and Tobias Steed came to watch our production of Tonight in the Pavilion – Charlie Chaplin! in August 2015, and invited us to take the show to the Cinema Museum in Kennington in the borough of Lambeth.


Martin is a co-founder of the Cinema Museum, which is housed in the very same building that was once the Victorian workhouse where the poverty-stricken Charlie was sent at the age of five. It is an amazing place, full of books, memorabilia and artefacts from the world of cinema dating from the 1890’s, much of it paying tribute to the work of Chaplin. Tobias, an ardent supporter of the Museum, offered to finance and produce the show (which we renamed Tonight in the Museum – Charlie Chaplin!) over three weekends in September 2016 – a whole year later!


The cast committed to the dates and met for a week’s intensive rehearsal on familiar territory – the Pavilion in Selsey, by kind permission of Jeff Alan, before transporting props, costumes, lights and themselves to the Cinema Museum and to their London digs. There is no theatre at the museum so we had to make a performance space and hire a local technical crew – with whom we soon became firm friends. The cast and crew were paid, and what started out as an Arts Dream production in our own little town became a professional London production with the likes of Simon Callow, Jack Klaff, Jean Boht and Carl Davis in the audience. We were also thrilled to welcome Kate Guyonvarch from the Chaplin office in Paris and David Robinson, the definitive Chaplin biographer.


We loved performing Charlie in the locale where he grew up, finding that many local residents were discovering the delights of the Cinema Museum for the first time as well as applauding their local hero. And we were delighted by the reaction of the children at our schools matinees, being able to say to them - If Charlie can do it, so can you!


Chris Butler, Pamela Howard and I created this show together and we are immensely proud of our performers, the amazing standard of their singing and dancing, incredible costume changes and acting of a quality that brought laughter and tears to the faces in the audience. My script has now been published by Samuel French Ltd as Tonight … Charlie Chaplin.
All thanks to Arts Dream! Gillian Plowman

This review from the Southwark News:
“A great cast provide Music Hall standards and songs from the golden age of Hollywood in a fantastic and nostalgic look at the work of a true cinematic legend. Staged in the unusual performance space at the Cinema Museum near the Elephant, this is a must see. A real gem that I implore you to get along to when it comes to your town. A true great done justice by a flawless production.”
Matt Baker
Some other reviews:


"What an absolutely fantastic show in an incredible location.”


"I saw four shows this week, including two at The National, but tell you what? This was the most fun. I just love fringe when it is well done, and this was excellent.
​ 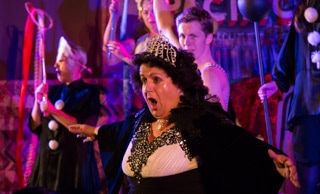 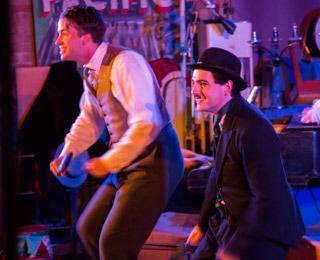 Thanks to Philip Moran for these fabulous photographs 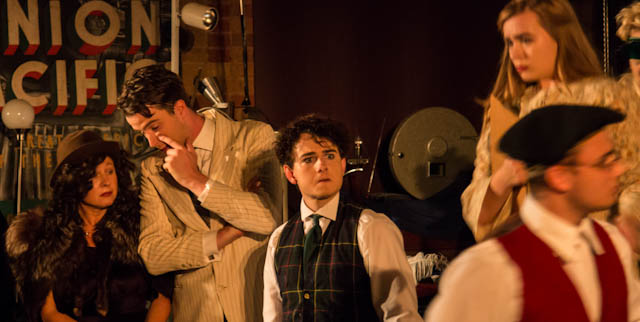