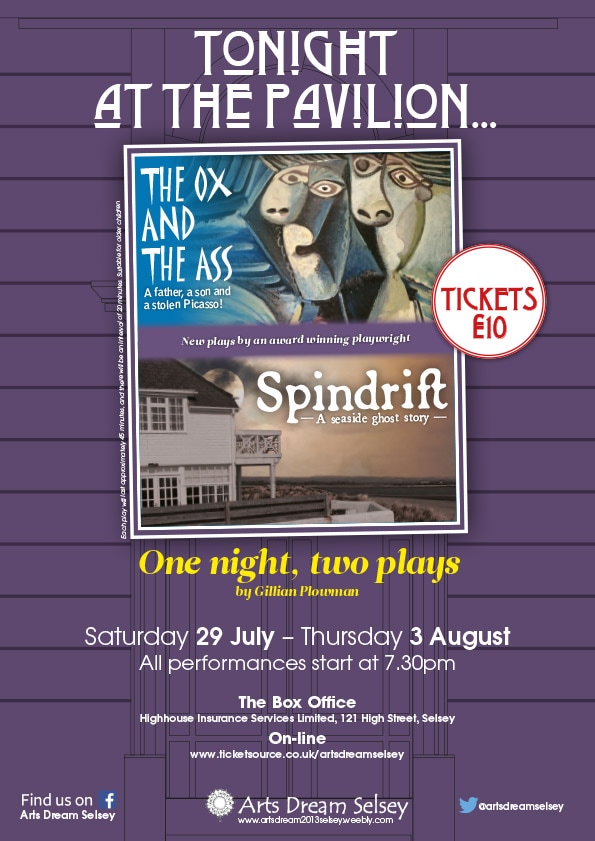 from Gillian plowman our own national/international writer !

Tonight at the Pavilion – two plays!

I have been writing one-act plays for a number of years.  To explore characters, to have that beginning, middle and end that is the essence of a good story, to engross an audience, all in forty-five minutes, is a unique form of dramatic art.

Tonight’s plays are very different, one from the other.  And yet they take place on the same stage, in the same space.  The magic of the theatre begins!   An attic flat in busy London becomes a secluded holiday house by the sea.  The sounds of traffic become the sounds of the waves.  Streetlights become sunshine and storms.  The skill of the set design and the lighting and sound design becomes paramount.

As does the quality of the actors.  The cast of a one-act play is usually small as there isn’t time for a lot of characters to each have a meaningful role to play.  The actors in Tonight’s plays have the responsibility of not only telling a tale with truth and conviction, but of exploring the shifts and balances of their characters’ emotions, and of asking that most important question – is it worth watching?  I am lucky to be working with a very talented group of young actors, all of who are forging a career in the theatre.
The Ox and the Ass has only two characters – a two-hander.    Jeremy Forr-Favell, well educated and from a privileged background, has embraced life as a cat burglar, spending time behind bars as a result. Now, leaving prison once again and suffering pain from a fall, he is given houseroom by his Maths teacher son, Henry, who will let his father stay as long as he goes straight.

In Spindrift we meet four characters.   Beth hopes that two quiet months in the quaint little house by the sea will help her recover from the turmoil of her life.  But the locals won’t leave her alone.   Daphne, who lives on the beach, Nadine, the holiday letting agent, Charlie, the bean grower and … a ghost … all keep turning up!

I hope, as you leave the iconic Pavilion theatre after the show, that your answer will be yes.  It was worth watching!

whose in it!
some of our REGULAR Selsey actors and some faces we know and love!
​ 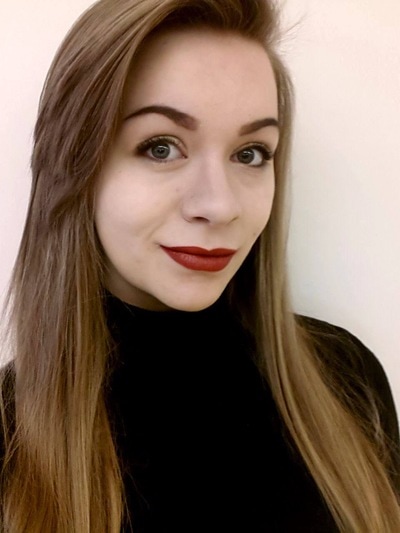 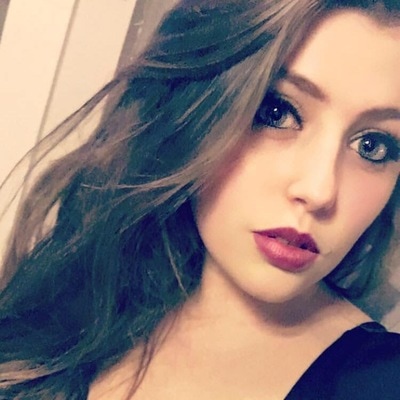 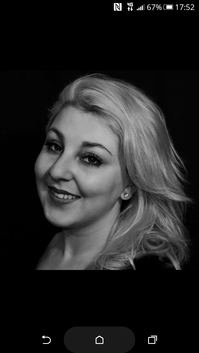 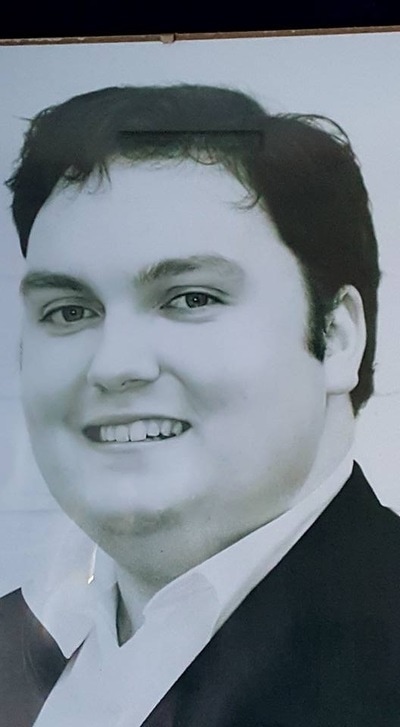 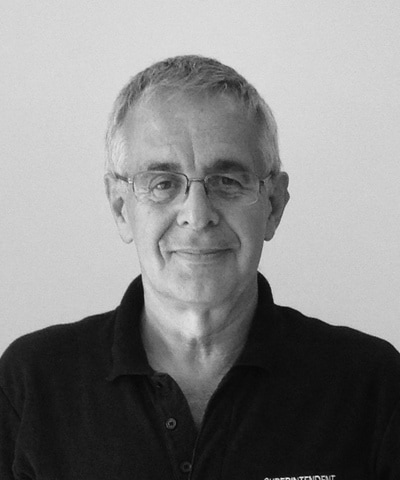 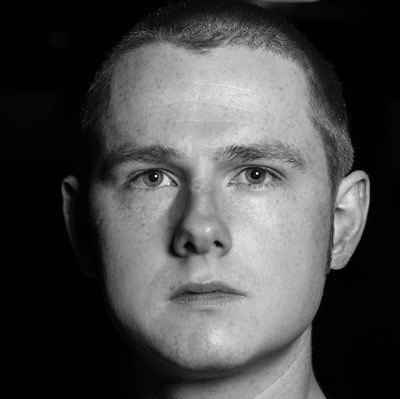 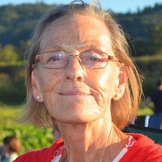 Gillian Plowman : Playwright:
Gillian won the Verity Bargate award in 1988 with Me and My Friend, a poignantly funny play about the release of four patients from a psychiatric hospital into the community.  It was first produced at the Soho Poly Theatre in 1990 and at the Chichester Festival Theatre in 1992, directed by Ian Rickson.

Other plays include The Purity Game, which formed part of the opening season of Chichester`s Minerva Theatre Studio in 1989.   Storm was produced at London’s Soho theatre, Moments of Glory at the Nuffield Theatre, Southampton, Another Fine Mess at the King’s Head, Islington, The Ox and the Ass at Theatre 503, Battersea, Padlocked at the Etcetera, Camden, Destinies at the Red Lion Theatre, Islington and Imagine Imogen  at The London New Play Festival. Crooked Wood was produced at the Jermyn Street Theatre, London, in September 2008

Radio plays for the BBC include The Wooden Pear starring Anna Massey, Philip and Rowena with Leslie Phillips and Renee Asherson, A Sea Change  with Jenny Funnell and David's Birthday with Amanda Root and Clare Holman.   A trilogy of African plays, Loveness and Me, Gracey and Me and Boniface and Me was recently broadcast on Radio 4, featuring Harriet Walter.  A film script Daisyworld was commissioned by Paramount Pictures

Gillian formed her own production company, Gillian Plowman Productions, to produce Yours Abundantly from Zimbabwe, directed by Annie Castledine  at the Oval House Theatre, London, during Black History Month, October 2008.  The script appears in a new book, Plays for Today by Women, edited by Cheryl Robson, 2013.

As well as Me and My Friend, published plays by Samuel French include Beata Beatrix, Cecily, Close to Croydon, David`s Birthday, The Janna Years, A Kind of Vesuvius, Philip and Rowena, Two Summers, Umjana Land, There’s None So Blind, Tippers, Two Fat Men, Touching Tomorrow, The Allotment and The Window Cleaner, all of which have featured in drama festivals world wide.

From 1986 to 2003, Gillian was the general manager of St Wilfrid’s Hospice in Chichester, a sanctuary, built by the community and serving the community.
​
Click on the link below to go to the Pavilion. Whiz through the slides to see rehearsal  and show photographs. Another fantastic success of ARTS DREAM !